Hells Angels, gold trading and tax evasion: How Palturai could have helped with the investigation

You are here:
ComplianceRisk & FraudUse Cases 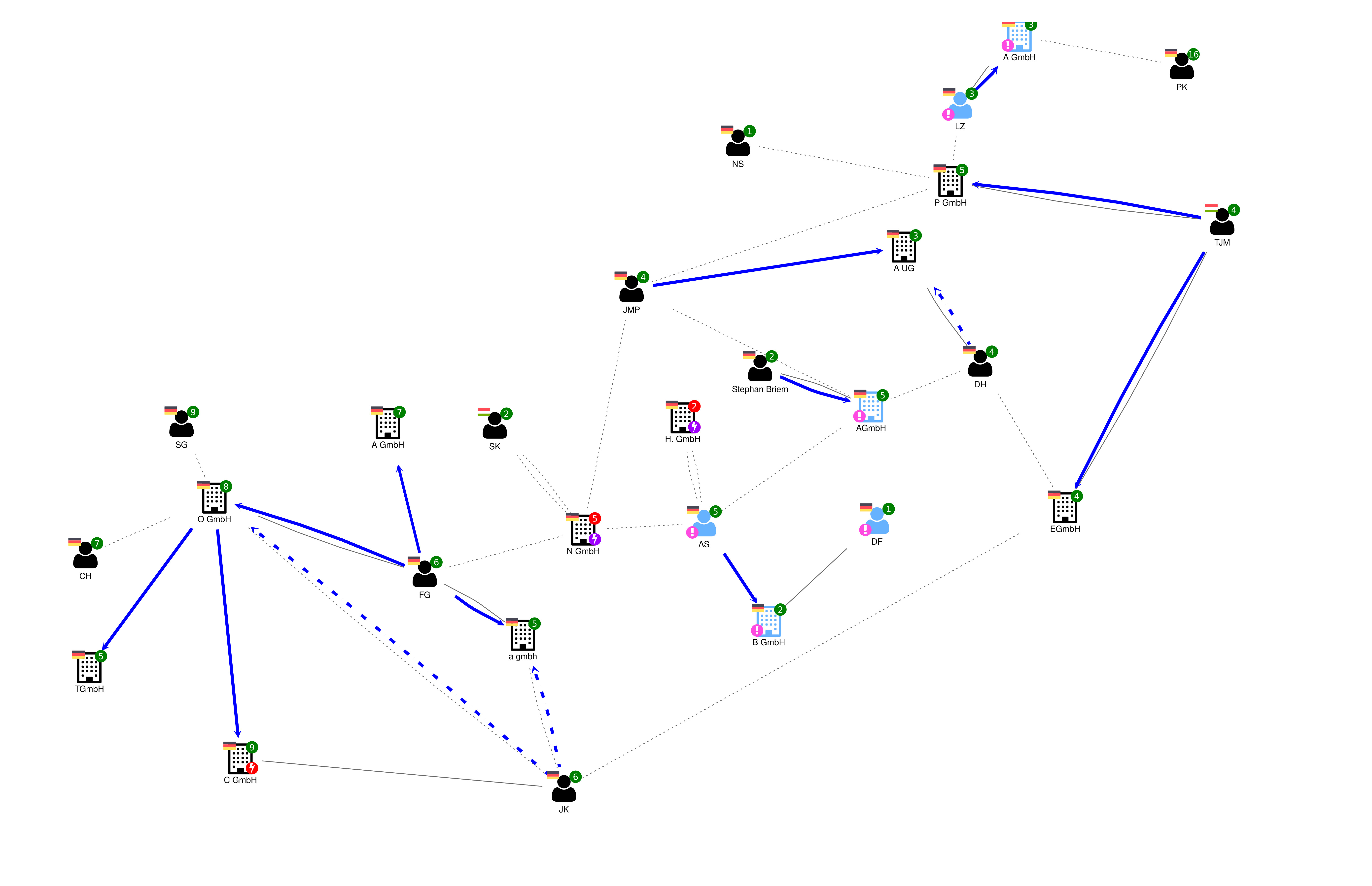 Defendants from the Hells Angels, gold deals, missing millions, and rockers. If it sounds like a mystery, it is. After a Hamburg tax investigation, four men were arrested and accused of tax evasion valued at 27 million euros. Spiegel researched and presented their sophisticated business model in a video and explained the suspected VAT fraud. The Spiegel report can be viewed here.

The Spiegel report names the accused and some of their companies. We took this as an opportunity to search for conspicuous connections and features within the networks of the gentlemen. Within minutes, Palturai BusinessGraph reconstructed the facts from the report — and discovered a lot of other interesting connections. If only the journalists had asked us…

What is the background story?

According to the investigations of the Hamburg tax investigation department, the men are said to have procured precious metals worth 80 million euros from “nebulous sources” and brought them to Berlin. To make the provenance of the metals appear legal, the men are said to have founded a dummy company in Hamburg. The dummy company then issued forged papers to give the impression that the raw materials were legally purchased from a company in Slovakia. But undercover investigations revealed that there had never been any business with the Slovakian company in question. An interesting detail in passing: two of the suspects are said to know each other from the Foreign Legion.

How were the defendants and businesses connected?

The tax investigators suspect that the B. GmbH was part of a so-called VAT carousel with new companies  constantly being founded. Goods in real or fake form are moved back and forth between the companies and invoices and credit notes are issued — and VAT fraud is committed.

What if researchers had used Palturai’s solution?

The complex relationships between the companies and the defendants were likely researched with painstaking manual work and a very high expenditure of time. It produced good results, but at a high cost of resources.

The Palturai BusinessGraph would have shortened the investigation considerably. With just a few clicks, the journalists would have gained valuable insights into the connections between the entities and individuals involved. This solution utilizes data from the register courts, analytically processed by Palturai and visualized on an  intuitive graphic interface. Connections and relationships that are not obvious at first would have become visible. For example spouses in the business network or dubious firm connections would have been revealed.

If only the journalists had asked us…

Our application is unique and enables very efficient searches. We would be pleased to show you the described case in a detailed demo.